A Group, whose core values drive its achievements

The Board of management

The Group relies on its singular multicultural history and network, with a committed French-Vietnamese core.

The Group is deeply rooted in this open-mindedness and complementary strengths. 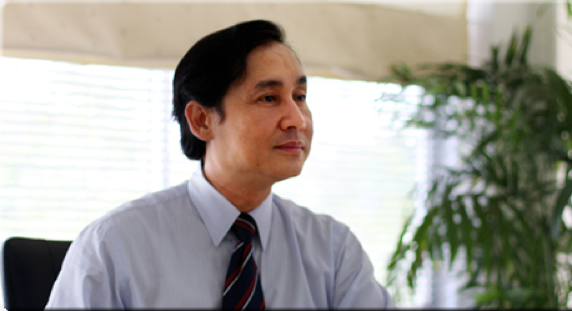 40 years of experience at Top Management levels in various industries in France and in Europe.

Mr. Phu TRAN VAN is a man of powerful ideas and beliefs. His constructive engagements have been striving to shape the community at different levels. His book, Restart France and Europe- The Resolute Democracy, published by the Cherche-Midi, was awarded the CRESUS Prize in 2011 at the French National Assembly. In this book, Mr. Phu TRAN VAN is convinced that social and economic willpowers should meet in a brave effort to put organizations back on the track of sustainable success.

Mr. Phu TRAN VAN has been intervening with characteristic passion, and will keep doing so in the media and in the schools, giving numerous exhilarating lectures. Indeed, he has been showing the way through his social commitment and unique energy.  For instance, he has lately supported high school students whose schools are set in sensitives areas and who benefit from the Equal Opportunity Program launched by the Paris-Dauphine University in Paris.

He fully supported himself and his family at the age of 14 in a war-torn Vietnam.

At the age of 23, he was at the head of a French team of 15 members much older than him in a leading French group based in its industry near Paris. At the age of 28, he rose to the position of Chief Finance – External Growth Director at the headquarters of that same company.

Then, against all odds, he decided to start up his own business from scratch and invest in his native country.

The company he founded in 1988 received the first foreign investment license ever offered by the government. At that time, Vietnam’s economy was stagnant. There was a crying need for true pioneer spirits.

Responsibility towards the family

Still a boy, Mr. Phu TRAN VAN strove to tutor to support his mother and a large family of 11 brothers and sisters. He persevered in doing so in the following years, even when settled in France at the age of 20, after the end of the Vietnam War. Investing in Vietnam in 1988, when he was 33, was motivated to a great extent by his will to ensure the future of his relatives still in Vietnam. Mr. Phu TRAN VAN was eager to help them to reach their independence through their own efforts.

Responsibility towards the community

Investing in 1988 in Vietnam answers Mr. Phu TRAN VAN’s enduring will to contribute to his native country’s economy.

Thanks to Mr. Phu TRAN VAN’s constant training, this sense of social responsibility is shared and consolidated. From the Vietnam of the beginnings to France, the adoptive country, this value of pay it forwards to the community has been shaping the story of the company. Financière B'lao’s head is based in France, in memory of its solicitous welcome.

This drive has reached its peak with the creation of a nonprofit, self-funded social foundation receiving most of the Group profit. The Group invests in companies following 3 specific criteria. First, they are from different industrial fields, mainly connecting French and Vietnamese expertise. Secondly, they share the core values of the Group. Thirdly, they are ready to develop activities in link with educational and vocational training systems, benefiting from the Group’s catalyzing experience and expertise.